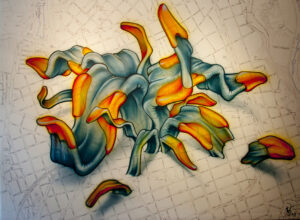 DronAtac in Werens of works that comprise the new expo again Werens affect hybridization between elements desperately alive, which sprout from the cracks of the cement urban inert and mechanical equipment, so familiar in our city long industrial tradition. Like a swarm of wasps alienated and robotic product of the human mind emmalaltida, drones in Werens plan of the city tireless search for those offenders register and put into evidence. In another example of this civilization that we went crazy hands, this army of wasps drones becomes a tool, although very effective in the hands of the apparatus of power that controls us from the large bunker . It seems as if Werens have chosen this time to star in his work his executioner, as if this artistic expression of his own experience went ahead to the immediate future of urban citizens, a dark and murky morning he already does guess time. Fortunately, vegetation continues gaining prominence hard in his paintings, shows that nature has not yet inevitably lost the battle. Ivone Puig Artigas

February 2014
Water and Life Expo Patrick Grau
On this occasion presents his new work entitled “Water and Life”, painting on canvas or wood, using techniques such as graffiti and airbrush has plunged us into a deep, wet landscape full of nature and vidaUn trip the depths of the subconscious mind of the artist, a swim in a sea of ​​ideas and blue colors that contrast with the sun with rays of light that penetrates inspiring, like a spiritual experience is the voice that whispers the painter who has played and moves the hand of the artist controlling their movements from another creative dimension. This was perhaps one of the most elaborate art exhibitions in the field of conceptual whole career Patrick Grau “ArtNokturn.” After a long time without painting, done in a short period of time this exhibition. A work designed expressly for the space was first introduced. A personal dialogue in verse between water, nature and marine aquatic life, an exhibition of the art of the artist to interpret visual poetry underwater. 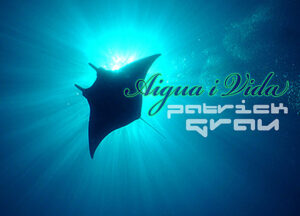 March 2014
Expo “Recreational whiles” Dissenyart
LAURA ROIG EQUEY
The “dissenyarts” I give everything I like: quiet phase dominated by pen on paper. And then, on screen, a frenetic phase where I play composed and stir, adding photographic elements, proving colors, shape until you get a feeling, a moment, an idea 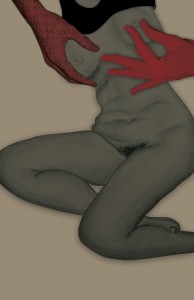 April 2014
Expo “Glitch Portraits” by Fausto MoralesA of mapping projections and Fausto Morales has a facet unknown painter shows us that many large-scale work with oil.

Digital language interacts with classical technique of painting glitch (digital error) and oil on canvas.
They are portraits of artists who have influenced his career including; Picasso, Andy Warhol, Joseph Beuys, Francis Bacon 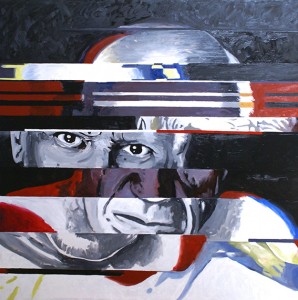 Laia Pampalona, ​​artistically known as Matilda, opens on 30 April Matilda Printed exposure to the art gallery Impaktes Visual Sabadell. This event presents a new collection of artwork printed along with part of his well known painting, which reveals a more illustrative and directly influenced by their favorite authors of Bande Dessinée French.
Printed Matilda expands graphic record of the artist, and while maintaining the permanent rebel essence of Matilda, in some of these works fall of the usual ornamentation in favor of a more simple and pure.
In this exhibition, the female character and the self are, as always, the main reason artistic Matilda. It is a representation of works that make up a casual yet authentic summary of ideas around which revolves around the world of the creative process of the author. Printed Matilda offers visitors the opportunity to purchase exclusive unique copies of a work exclusively and limited to very few units. 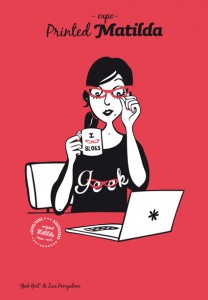 Expo Deliramentum of Kimo Osuna, June 2014
Reinitiating a raw art, Kimo, surprised su fuerza expressive fear, for his humor and irony, where ingeniously combines iconographic Parts; improntas of an era, of a feel of a no decir nada or quizás decirlo todo … a scary pass on emotividad eagerness to search through an eclectic plástica of topics and materials.
Sole

Total juliol2014 BILLIE Joes Art & Design
Billie Joes presents his painting “Animals” in the most savage and sincere.
BillieJoes works from paper and cardboard, the color and shape as the main elements of representation, with a touch of magic that will leave no one indifferent. This collection offers visitors the opportunity to acquire a piece totally unique … 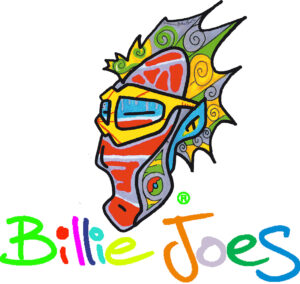 ACTION exhibition of Peter Almirón & Werens
4.5 and 6 September
Draw is a science: sencillament paint is something that is to spend the long winter nights. 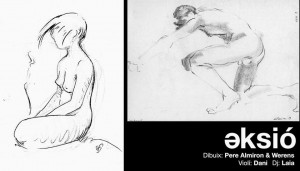 Expo GoldeBones of Vendrell in Joanjo
Sculptures with organic material, metal and wood from the hand of the creator Robotikos. 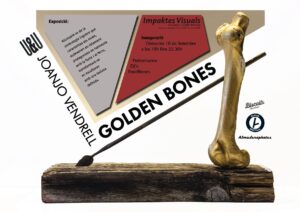 Pictorial exhibition in Vicente Ferreres VISIONS / VICIONS
Attached is the link to the video made by Fausto Morales pictorial action conducted by Vicente Ferrer and Gustav glands at the opening of the exhibition. 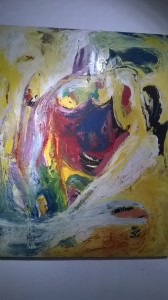 BIO
Akore (Murcia, 1976) lives in Barcelona. His own Design Studio, based in Hangar, a warehouse-studio home to many artists and creative professionals in Barcelona.
ART
Akore started painting at the end of the 80’s to the hip-hop beat that exploded at that time in Barcelona’s suburbs, where he grew up. It was during that time that he started to work on his first sketches, illustrations, calligraphy, typography, tags and graffiti.
His art evolved and now he feeds on everything that surrounds him, as well as all the things that do not surround him. Everything that he imagines and also everything else that he does not imagine, the things that transgress and those that do not. The things that get transformed and those that will not or will not acknowledge transformation. Akore distances himself from the real world through his artwork, and at the same time he parodies it through fiction, by expressing his ideas and the creative activity of his inner universe.
Guided by his own instinct, he sometimes looks for the notion of Art for Art’s Sake, hedonism, pleasure and the creative activity per se. Other times, he looks for exchanges, escapism, boundaries, rupture, radicalism, provocation, the not so beautiful. His work is clearly influenced by urban culture, Hip-Hop, the African American movements and culture, by the African Aesthetic, by Street Art, Pop Art and Graphic Design.
On the communications front, he forges dialectic with the otherness through experience, which is understood like a journey that conveys life itself. The conscious or unconscious use of a language that is socially sensitive with the mundane is looking to establish a dialogue with the other. This on occasions is more important than the functional aesthetics of his artwork. 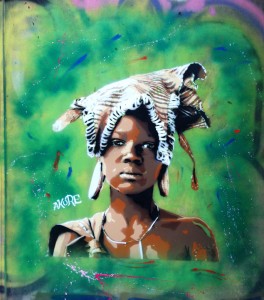