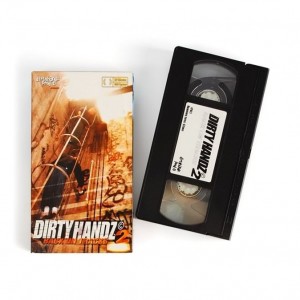 The action always takes place in Paris, is considered a classic in the genre of graffiti video through passages that marked the spirits. Including the first scene or the SDK and RER WUFC paint a soundtrack with songs like DJ Vadim The Terrorist ‘and Simon Says Pharoahe Monch’ or this or point (156) ravaged the wagon inside an RSP marker that shows great skill.

In addition to the scenes of deposits trains (RER, Metro and SNCF), you can see numerous passages including Jonone Street (156), Seb (FMK) and the team Grim, labels and pull -up run. In addition, we discovered the use of ice spike to record permanently underground.

A scene is devoted to the episode of 1992, when Metro station Louvre was completely marked by the crew and graffée VEP. This shocked public opinion greatly.